Aaron's Pattern Down Under 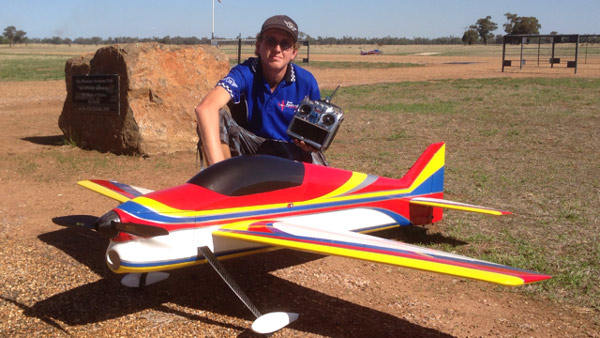 "Aaron "Bones" Garle here from the Land Down Under. Just thought you might like to put this photo. After many years of flying IMAC, I have decided to give F3A a go to help with my flying skills. My second competition I entered this year was the Australian Pattern Masters where I placed 3rd in the Masters Category. I also recieved a position on the Australian F3A Team for this years World Championships in South Africa that I have accepted. The plane that I was flying was a friends 2m Vanquish that I had only had 4 flights on before the competition started. The gear that was used: - F3A Silver Bullet motor - 5000mah 10S battery - Mejlik 21x13E prop - Futaba Servos Thumbs up for making a great Pattern aircraft " - Awesome stuff and Congrats to Aaron for making the Worlds!
Previous Post
Next Post
Quick View