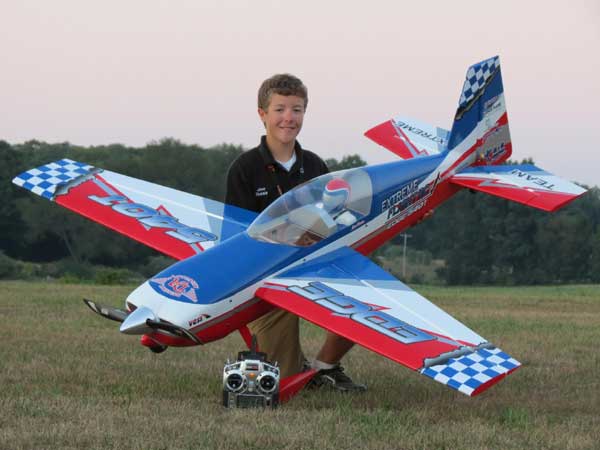 Team Extreme pilot Jase "The Ace" Dussia of Otsego, Michigan with his brand new 88 inch Edge 540T MKII. Jase's Edge is powered by a DA-60 with an MTW RE2 tuned pipe turning a Vess Stealth 24B. It has a JR power-safe Rx and is guided by the new DX18 from Spektrum. The servo's are all Hitec 7955's except for the rudder servo which is a JR 8911HV. Two Fromeco 2600's power the servos and a single 2600 powers the ignition. The Edge also features a custom graphics package designed by Eric Bryant of B&E Graphix and a Tru-turn spinner.
Previous Post
Next Post
Quick View